Most people who experience withdrawal symptoms are not prepared for the uncomfortable symptoms that emerge once they reduce their usage or abruptly stop using an addictive substance. When you are prescribed some prescription medication there may be a warning label that alerts the individual that if increased use or higher doses of the drug is ingested then the individual could experience significant physical dependency or withdrawal symptoms when discontinued.

What is a withdrawal symptom?

Withdrawal symptoms are physical and psychological symptoms that emerge when a person reduces or stops using an addictive drug. Mild withdrawal symptoms like a headache or fever may be mistaken as another illness or medical condition. Most people are not prepared to identify, or they may have a difficult time knowing when the symptoms emerge.

The uncomfortable or uneasy feeling associated with withdrawal symptoms is not always easy to identify, however, if the person notices an intense craving or intense desire to relieve the symptoms by resuming or continuing to put more of the addictive substance into their body this is a good sign a problem has already developed.

Another sign that a drug problem is in motion is when the individual begins to obsess or ruminate about using the substance especially if you have recently stopped taking the drug into the system. This is a more obvious sign of dependency, and withdrawal symptoms are emerging. However, this is not so easy to identify at times as it’s a cognitive process that is centered in the mind of the individual.

Withdrawal is a set or group of symptoms that someone with a dependency or addiction experiences when they discontinue their use of an addictive drug. They include negative emotions, stress, anxiety, and sometimes depression. Common physical symptoms are nausea, vomiting, muscle aches, headaches, and cramping.

The more complicated or severe physical withdrawal symptoms are dangerous. They can include delirium, hallucinations, delusions, seizures, and various body temperature issues. Increased pulse rates are common along with blood pressure problems.

What To Do If You Experience Severe Medical Withdrawal Symptoms:

Cocaine withdrawal symptoms have been viewed as a relatively mild detox process. In some cases, severe stimulant withdrawal can occur with someone that has a history of using cocaine for a longer duration. It all depends on the damage created in the brain from repeated cocaine usage.

For some people that have developed a severe cocaine use disorder the craving or intense desire to return to cocaine is often associated with an attempt to avoid experiencing withdrawal symptoms.

This drug should be monitored closely when discontinued especially after a dependency has developed as the drug does create moderate to severe acute withdrawal symptoms. If alcohol is used along with the drug the risk associated with adverse reactions is elevated.

This illicit drug has a high potential for developing dependency & addiction along with a high risk of overdose with continued use. An overdose of heroin can lead to fatal respiratory depression. An individual who uses the drug intravenous has been known to develop infection complications.

The use of inhalants is a problem across the United States and is one of the easiest types of substances for people to access to experience euphoric states. They include different kinds of solvents, aerosols, gases, spray paints, markers, glues, and cleaning fluids.

There are volatile solvents of inhalants that are normally found in household, industrial and medical products. They include chemicals like paint thinners, degreasers, dry cleaning fluids, gasoline, lighter fluids, cans of air used for blowing dust from electronic devices, and freon. The category of Inhalant substances is vast and Inhalants do cause withdrawal symptoms.

While Ketamine is a drug that is used in some cases for health-related purposes an individual can become addicted to the substance. The drug is misused for its dissociative properties and some people seek to use the drug to seek a hallucinogen experience.

Many people mistakenly believe that Cannabis Use Disorders do not exhibit symptoms of withdrawal, but this is far from reality. Some people exhibit signs of withdrawal symptoms as far out as 42-days after a person has last used cannabis-related substances.

This is a synthetic drug that was originally known as a designer drug, but later became known as a psychoactive drug that exhibits similar qualities to stimulants or amphetamine-type of drugs. Over the years it has been used for its hallucinogen properties.

The drug does produce some withdrawal symptoms for people that have developed severe MDMA (Ecstasy) Use Disorders. More commonly referred to as a stimulant use disorder.

*Note: Some of these withdrawal symptoms are more severe when MDMA is combined with drugs like marijuana or other stimulant-related drugs.

This drug is an extremely powerful addictive substance related to amphetamines or stimulant-related families of drugs. While methamphetamine drugs are highly addictive and affect the central nervous system there are withdrawal symptoms associated with severe stimulant use disorders.

Methamphetamine Withdrawal Symptoms begin within 24 hours of the last use of stimulants and last for 3-5 days. Depression, low energy, and overall tired feelings as well as problems with sleep can last up to two weeks after the last use.

Some people who use methamphetamines consume large amounts of the stimulants and have been known to develop psychotic symptoms or other psychiatric conditions post-medical detox and into drug and alcohol treatment services. More extreme situations could involve paranoia, disordered thoughts, and hallucinations.

This category of drugs makes up a large area of drugs and opioid types of substances have been known to be high-risk substances for a potential overdose if an opioid use disorder is developed. Opioid withdrawal symptoms can present similar to flu-like symptoms.

These drugs are normally prescribed for pain relief and others for analgesic purposes. The potential for developing a withdrawal symptom when discontinued is higher than for most drugs. Drugs like Fentanyl are 100 times more potent than morphine and do cause frequent overdoses.

This is another wide area of prescription drugs that people become addicted to and experience withdrawal symptoms after they develop a dependency or sedative use disorder. The sedative drugs or medications typically slow brain activity and are commonly prescribed for treating anxiety or sleep-related problems. Some of these drugs are known to be highly addictive substances.

The most common addictive substances in this category are sedatives, benzodiazepines, tranquilizers, depressant drugs, sedative-hypnotics & anxiolytics. There are short-acting benzodiazepines like oxazepam, alprazolam, and temazepam the withdrawal process can begin 1-2-days after the last dose has been ingested. The duration of withdrawal symptoms can last 2-4 weeks or longer. 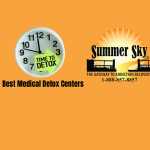 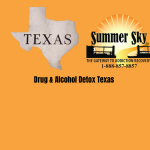