Hopefully, we can shed some light on the substances and more importantly share with you exactly how to treat a person who has developed a sedative use disorder. Substance Use Disorder Treatment Programs are effective at helping people detox from sedative drugs and recovery can be achieved by seeking addiction treatment.

What are sedative drugs?

Sedative drugs decrease an individual’s neural activity in the brain which is helpful for some people to control anxiety during the daytime at a lower dose. However, at night time, the same drug can be adjusted at a higher dose, and it becomes a hypnotic drug. The hypnotic can then be used to help someone deal with sleep-related problems. Therefore, you may hear one of these drugs referred to as a sedative-hypnotic drug. Sedative hypnotics are a part of the Central Nervous System Depressant Drugs CNS drugs which is a large group of substances.

For example, Alcohol is the most widely used Central Nervous System Depressant and when a person ingests the substance, they experience a sedative feeling initially. The individual’s body mimics a sedative type of experience in the initial hours of intoxication, however, later the chemical alters the body functions by depressing the central nervous system. People who have become addicted to sedative-hypnotics often jokingly refer to sedative drugs as gin-in-a-pill.

The most widely prescribed type of sedative-hypnotics drug is commonly referred to as a benzodiazepine or on the streets, they are called benzos. An example of a popular benzodiazepine drug is Xanax® or Alprazolam. So why do people get addicted to these types of substances you might be asking yourself? The simple answer is that sedative-hypnotic drugs are appealing to sedative users because the drugs are often used for relaxing, calming, or tranquilizing experiences.

While these drugs are initially prescribed for a medical purpose, once a person realizes the appealing aspect of the substance and they begin to experiment with the drug at a higher dose they may notice they experience a pleasurable or euphoric feeling. Typically, this is referred to as a behavior called “Getting High” from the drug and is caused by increased intoxication of the substance.

Some people are prescribed a sedative drug by a medical doctor and others purchase the sedative drugs off the streets illegally. It is important to note that no one begins using a mood-altering substance to become addicted to the substance. People use sedative-hypnotic drugs for a wide range of reasons. Some of the most common reasons are listed below:

Sedative Drug Experimental and Social Use of Drugs

Now, of course, there are hundreds, or thousands of other reasons people have described their rationale for trying, experimenting, or being prescribed sedative-hypnotic drugs. The effects of sedative drugs and other addictive substances do alter the individual’s chemistry at a certain point of repeated usage of the drugs. Sedative-hypnotic drugs can mimic, displace, block, or reduce the effectiveness of specific chemical messengers between nerve cells in the brain.

During this stage of usage, a person will notice daily use or continuous use. People will use sedative drugs by any means necessary and obtain and secure sedative substances for their daily use. Risk-taking can escalate to the point a person is engaging in criminal behaviors to obtain money to purchase more of the substance. While others may exhaust personal financial resources to keep enough of their drugs available to make it through each day.

During this phase, sedatives are needed to avoid pain and depression and escape the reality of daily living as their life is spiraling out of control. The dependency on the drug enhances a person’s state to the point that pain and discomfort become the new normal way of dealing with their lives and problems.

Many people dependent on sedative drugs believe that the substances help them feel normal. The problem is while they believe or convince themselves that things are normal while using the substances as soon as the drug effects begin to wear off, they again feel pain.

In the cycle of dependency, a person will notice shifts in thinking and physical changes that begin to experience. The euphoria or ability to “get high” shifts to the point where they don’t experience the euphoric state anymore while ingesting the substance.

At this point, they either try increasing their dosage or notice disturbing thoughts of suicide or attempts may be made at this point. This is associated with an overall feeling of guilt, shame, and remorse. Some people experience blackouts or lose huge amounts of time in their day. Some people will describe changing emotions, such as depression, aggression, irritation, and apathy.

The increased usage of sedative drugs will eventually lead a person to physical deterioration including, weight loss, and health problems. An individual may begin to display an appearance considered poor, memory loss, flashbacks, paranoia, volatile mood swings, and other psychological and behavioral problems. Some behavioral problems may be missing work, job loss, dropping out of school, and other more extreme problems like an overdose.

If you do not see your health plan listed above? Call us at 1-888-857-8857 to see if we accept your plan! There are so many health plans across Texas that we accept. 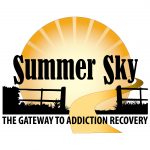 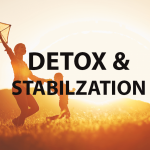