Marijuana Detection Time – How Long Does Marijuana Stay In Your System?

Marijuana remains in the body for longer than any other drug.  Most people believe that marijuana can be detected in your system for up to 30 days after use, but this doesn’t take into account all the factors related to marijuana use.  Even after 30 days, marijuana can remain in urine for those who are habitual users.  However, after just a one-time use, it could only be detected in urine for up to three days.  Urine testing is the most common form of testing but it can also be tested through blood, saliva or hair.  Marijuana will stay in the bloodstream after one use for two to three days or up to two weeks after regular use.  Traces of marijuana only stay in saliva for 12 to 24 hours even after repeated use.  Hair detection is much longer with a detection time of up to 90 days based on usage.  There are several factors to consider to truly know how long marijuana will stay in your system.  If you are worried or your job may be affected by marijuana detection, consider looking into a marijuana rehab center. 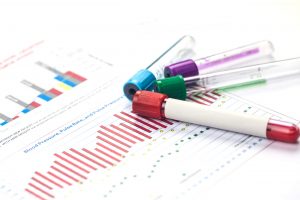 Marijuana metabolism is the breaking down of marijuana substances for discarding.  Cannabis or cannabinoid chemicals are what can be found in your system. When considering how long marijuana will stay in your system, you must take into account frequency of use, mode of intake, dosage, age, health, BMI, and sensitivity of the test administered.

The more you use marijuana, the more likely it is to remain your system for a longer period of time.  Repeated use build up the drug in your body and adds to the dosage already in the body.

Of course, a higher dosage of marijuana will stay in the body longer than a lower dose.  Taking multiple hits or high concentration of the substance increases the amount that enters the body.  A concentrated type of cannabinoid called hash oil is likely to stay in your system for the longest amount of time as it is the most potent form and will take longer to break down.

The younger you are, the faster your metabolism.  This is true also when considering how long marijuana stays in the system.  Those who are younger will be able to break down this drug faster than those who are older to remove it 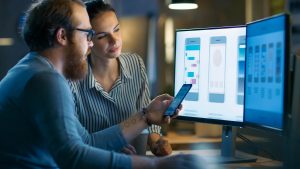 sooner from the system.  However, an unhealthy person, no matter what age, might have a slow metabolism.

Your body mass index is a factor to consider when knowing how long marijuana will stay in your system.  Those with a larger BMI have to take more of a substance in order to feel the effects. Thus, it will remain in the body for longer.

Tests that only look for 50ng/ml of cannabis will turn up negative is there is less than that amount in your system.  Tests with higher limits are more likely to test positive for marijuana use.

Marijuana chemicals interact with receptors in the brain that control pleasure, memory, concentration, and thinking.  Over time, the brain may stop making THC chemicals because it is used to marijuana taking its place.  Prolonged usage can have long-term side effects such as inability to focus, lack of new memories, or short attention spans.  If you are concerned that your long-term marijuana usage can affect you negatively, contact a drug rehab in Texas.

While a feeling of relaxation and restfulness can come with smoking or ingesting marijuana, there can be potentially dangerous side effects that also come with using this drug.  Developing a tolerance for marijuana will mean you must use larger quantities each time to feel the effects which could lead to a dependency on the drug.  Lack of attention, inability to concentrate, or memory loss are other side effects of marijuana use that can affect your ability to pass classes in school or hold a steady job.  It can also lead to a sedentary lifestyle that can cause a whole other myriad of health issues.

Marijuana use disorder is a mental disorder that can be difficult to overcome.  Drug rehab facilities are equipped to help those struggling with marijuana dependency issues.  Don’t let this drug take over your life.  Know your treatment options and contact a Texas drug rehab center for more information. 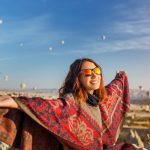 What Is an Intensive Outpatient Program?Uncategorized
I Left My Addicted Husband…And It Saved Our LivesUncategorized