While the United States has been focusing community by community on the Opioid Crisis across the United States, there is an increase in cocaine usage. This increased usage continues to surge, and the reality is more people need to seek treatment for cocaine use disorders.

People may not be aware of this ongoing epidemic that is touching the lives of so many people. The financial impact of illicit drugs is staggering on our American society. The fight to battle illicit drug usage is real and present in communities across the United States. This increased usage of cocaine is alarming because we see overdoses related to cocaine usage, and fewer people are asking for help for their cocaine usage before it’s too late.

The Solution is more people need Cocaine Use Disorder Treatment:

Cocaine use disorder treatment is effective at treating people with cocaine addictions. However, more people are going to have to be intervened on by family members, friends, and co-workers to help change this trend of increased cocaine overdoses in the United States.

Intervention is a tool that family members, friends, and co-workers can use to help someone receive cocaine treatment. Waiting around for someone to spontaneously ask for help may never take place. It’s people that are concerned with a person’s behavior and usage of cocaine that makes the difference and motivates a person to seek help for their cocaine addiction.

Then when you combine the use of opioids with cocaine, the overdose rates increase even more. Here is a sample of what the CDC recently reported “From 2016 to 2017, death rates involving cocaine and psychostimulants increased across age groups, racial/ethnic groups, county urbanization levels, and multiple states.

So How do we change the course of cocaine overdoses?

To look at the problem, one must realize that addiction is the primary problem associated with cocaine trends and overdose rates on the rise. Educating our communities about the sign and symptoms of addiction is, of course, very important, but we must go one step further and encourage these people with cocaine addictions to seek substance use disorder treatment. The answer is more intervention and encouraging people to go to treatment. If a person is left untreated for cocaine addiction, they are doomed to experience addiction-related consequences.

What is Cocaine Addiction?

Cocaine is the most powerful naturally occurring central nervous system stimulant that we currently know of in all the illicit drugs in the United States. We know that the drug creates a short-lived sense of euphoria, which is one cause of repeated usage of the drug to achieve the desired effect of euphoria. In many cases depending on the preferred manner of ingestion normally either snorted or injected this euphoria last 15 mins to 20 mins before craving for the substance is desired again.

This is often one reason it is easy to overdose on the substance. The drug is not out of the system, but the desire to use more of the substance is strong, and a buildup of the cocaine molecule in the brain and body is present after one usage.

People that are addicted to cocaine are at higher risk of infectious diseases, both because of injecting the drug and because of the reduction of white blood cells destroyed by the cocaine molecule and the body’s response to attempting to fight the foreign substance entering the body.

Heavy cocaine usage compromises the immune system and therefore, allows for more opportunities for physical sickness to set in at a certain point. People with cocaine addictions use the substance in multiple ways, including snorting, swallowing, smoking, and injecting the drug.

Even binge pattern cocaine usage is dangerous, especially when combined with other substances like alcohol or opioids. Even some over-the-counter medications can increase the risk of harmful effects of the drug on the body.

If a person is binging on cocaine and not using the substance daily, it is still recommended that a person seek professional treatment to stop the obsessive reoccurring binge usage of the drug. This can often stop the likelihood of a future overdose. There are various levels of addiction treatment services.

There are medical detox facilities, inpatient treatment programs, residential treatment centers, day treatment programs (Partial hospitalization Programs or PHP), and Intensive Outpatient Treatment Programs or IOP’S. The main thing is no matter the amount of usage you are experiencing seeking professional help from an addiction treatment provider is the best course of action to prevent further cocaine addiction-related consequences.

Cocaine use can raise a person’s level of anxiety, irritability, panic, and paranoid psychosis while on the substance and after the drug is metabolized out of their system. This can cause social and relationship problems with dealing with the individual while under the influence, and shortly after the substance is subsiding, the lack of sleep and lack of nutrition by behavior changes complicates a person’s body.

They are creating health-related consequences. Some people have been known to experience heart attacks as a result of using too much of the substance. We know that even short-term use of cocaine can cause damage to the heart and neurological functioning of the brain, which can result in death.

Many cocaine users experience legal issues some criminal in nature, and others create financial issues in their immediate family and through work-related problems in their employment. Cocaine use can cause hazards when driving, particularly due to impaired judgment, poor concentration, and impaired motor coordination and vision problems.

Do you or a loved one need cocaine addiction treatment?

Summer Sky Treatment Center operates a nationally recognized alcohol and drug addiction treatment center that specializes in helping men and women become from addictive substances like cocaine. Summer Sky offers all levels of care of treatment for those suffering from addictions. We have medical detox, 30-day inpatient treatment programs, 90-day residential treatment programs, residential treatment, Partial Hospitalization Programs, and intensive outpatient treatment programs in the State of Texas. Our facilities are all licensed by The Texas Department of State Health Services and accredited by The Joint Commission. You can contact us at 1-888-857-8857 to discuss treatment options with our admissions staff. We are available 24 hours a day 7 days a week. 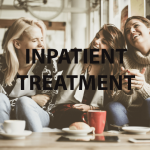 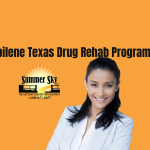