In our nation today, bipartisanship is almost unheard of.  Congress working together for a common cause rarely seems to happen anymore because of a nation that is divided.  But recently, it is encouraging to note that both Democrats and Republicans have come together for the common good to address the opioid crisis in our country.  Opioid addiction is ravishing our country and something must be done.  So, in early October, Congress made it a point to address this growing problem and with an overwhelming majority, passed the SUPPORT for Patients and Communities Act.  Members of Congress hope that this bill will be a turning point in helping those affected by opioid addiction as it seeks to help those in communities struggling with addiction.  This bill, known by its full name as the Substance Use-Disorder Prevention that Promotes Opioid Recovery and Treatment for Patients and Communities Act, aims to tackle the ongoing opioid crisis with hundreds of provisions made available such as increased funding for addiction and pain research, new law enforcement initiatives, and changes to Medicare and Medicaid.  As a result, many are hoping that these provisions will give people the support they need to break free from opioid addiction once and for all.  Rehabs have drug addiction treatment available for those addicted to opioids, but this isn’t always enough.  This is such an overwhelming need in our nation that Congress was able to put their differences aside for the time being to focus on something more important, the opioid crisis.  Members of Congress put their heads together to focus on the largest needs that affect those with opioid addiction.

What Changes Will Be Made?

Many changes that are occurring because of this bill may happen behind the scenes, unnoticed by the public.  However, there are six key points that will directly benefit your community.

There Is No Better Time Than the Present

The timing for passing this bill could not come too soon. Statistics point to a serious problem that is only getting worse. Rehab is an option but some choose not to always get the help they need out of fear or lack of resources.  Therefore, opioid drug use is on the rise, and subsequently, deaths due to drug overdose e also on the rise.  In fact, the CDC data reports that about 72,000 people died from a drug overdose in 2017.  This is a 12% increase from the previous year, indicating a serious problem.  Almost two-thirds of these deaths were linked to opioid use, both prescription and illegal opioid drugs.

As of right now, this important bill is on its way to the desk of the President.  Congress is hoping that it will be signed into effect as soon as possible.  He is expected to sign it into law.  The President himself has spoken about the serious opioid crisis in America.  The hope is that this bill will be signed into law so that the six key points can be put into effect as soon as possible.  With drug use growing, it is time we get people the help they need to overcome addiction.  Because members of Congress were able to join together to promote a bill for change, those struggling with addiction in our communities and neighborhoods can hopefully get added support that they will need to fight addiction.  They will even receive support to get them back on their feet after overcoming addiction.  So often, many people seek treatment, only to relapse because of lack of support or basic needs.  This bill seeks to address these problems directly in an effort to see the opioid problem in America reduced.

What Can I Do?

If you or someone you love has an opioid addiction problem, the first thing you can do is seek the help you need through an inpatient drug rehab.  Summer Sky is a drug rehab facility that caters to your needs.  Treatment programs are designed to meet your individual needs.  While this law will benefit many and offer beneficial care for those who have completed rehab, drug rehab centers are always a great first option.  Contact Summer Sky today for more information about our drug treatment programs. 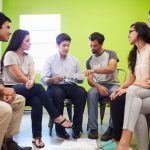 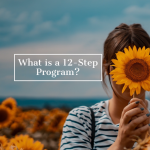 What is a 12-Step Program?Uncategorized