Across America and all around the state of Texas there are men and women who become addicted to cocaine daily. In Texas Cocaine is ranked as the #2 threat by the Drug Enforcement Agency (DEA) for people experiencing cocaine deaths from overdoses.

This increased demand for the substance by cocaine users has created a scenario where the Colombian Cartels have dropped the price of cocaine so that more people will have access to the drug. This has created a rise in more users purchasing the substance and therefore more overdoses and people developing a cocaine use disorder. This flood of cocaine has impacted all cities in the United States including rural and major metropolitan Texas cities.

Cocaine rehabs across Texas are working diligently with people who have developed cocaine use disorders to help them break free from this highly addictive substance. A cocaine use disorder can be effectively treated by addiction treatment centers. It’s important that intervention services are made available to families, employers, and community leaders across all Texas cities. Summer Sky is offering professional intervention services to families, employers, and medical doctors to help people get into a cocaine rehab program in Texas. For those who are ready to get help Summer Sky Treatment Center offers a 24-hour day 7-day week “rapid admission process” to help people get treatment immediately. For those in Texas, Oklahoma, Louisiana, and New Mexico who need treatment now you can reach Summer Sky at 1-888-857-8857 for immediate help.

Advances in Cocaine Use Disorder Treatment

Cocaine Use Disorders are treatable and cocaine rehabs like Summer Sky are helping Texans from West Texas cities like Abilene, Odessa, and Midland to larger metropolitan cities like Dallas–Fort Worth, Austin, Houston, and San Antonio. Those living in Amarillo, Lubbock, and Waco, Texas benefit from our Summer Sky Cocaine Rehabs. Our specialized cocaine rehabs are helping those across Texas recover. Summer Sky utilizes the most current science-based approaches to help individuals that have developed a cocaine use disorder.

What is a cocaine use disorder?

The drug creates physical and psychological dependence. Cocaine is an addictive substance that produces both physical and psychological addiction with a specific withdrawal syndrome that is associated with heavy usage. People who become addicted to the substance can quickly develop a tolerance to the substance and then require more of the cocaine to continue to produce euphoria or the “high” associated with the drug.

Cocaine Use Disorders are made up of a pattern of cocaine use that leads to clinically significant impairments or distress, as manifested by at least two of the following, occurring within a 12-month period.

Tolerance, as defined by either of the following:

Withdrawal, as manifested by either of the following:

If you have had at least two or more of the above issues occur in the last 12 months, then contact a cocaine rehab for help with your cocaine problem.

There are more cocaine overdoses in Texas than with any other illegal or prescription drug. People who use cocaine do place themselves at risk to experience an overdose as a result of unknown purity levels of the drug. Most premature deaths are associated with accidental overdoses. To prevent more people from experiencing overdoses Summer Sky is offering Intervention Services to those families and employers who need assistance with helping a loved one who is addicted to the substance.

Some people are just so caught in the grip of their cocaine addiction that they refuse the help of those who are closest to them. In this case, requesting help from a professional addiction interventionist can be a life-saving tool to help you get your loved one help for their problem.

If you need assistance, then contact Summer Sky for help with intervention services. The cocaine intervention is an effective tool for those that are resistant to the idea of receiving help or entering a treatment program. The goal of an intervention is to help a person enter rehab. Interventions are based on facts and a concerted effort by those close to an individual who is addicted to cocaine.

Summer Sky offers many alcohol or drug rehab programs and below is a list of some of the most common addiction treatment programs offered for those in Texas and across the nation.

Helping Residents of Texas for Over 37 years! 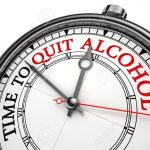 When does alcohol consumption turn into an alcohol problem?Uncategorized