The term alcoholism has expanded and changed over the years and since it involves the beverage alcohol or more accurately the chemical or drug alcohol you can imagine just how many different definitions have been created to try and describe what alcoholism is or isn’t to the average person.

We should start with the simple working definition of alcoholism to keep things simple and precise, but it must be mentioned that alcoholism is by no means simple to explain. Alcoholism is a complex medical condition that involves becoming addicted to alcohol.

Alcoholism is a chronic primary illness or disorder characterized by some loss of control over drinking, with habituation or addiction to the drug alcohol, or causing interference in any major life function, for example, health, job, family, friends, legal or spiritual.

There is some loss of control that people experience with alcoholism, but it is not always a total loss of control. It can certainly progress from mild, moderate, or severe symptoms to the point where it is obvious that the individual has lost control over their use of alcohol, and they experience a problematic pattern of alcohol use leading to observable and considerable impairment or distress.

There are developmental stages that a person progresses through as more loss of control is experienced. The total loss of control is more pronounced during the late stages of alcoholism in which the physical body is deteriorating along with mental or psychological functioning is so impaired that the individual is drinking alcohol because they have no other choice, but to drink or they will experience dangerous withdrawal symptoms if they were to stop drinking.

Most people experience a loss of control that is consistent and becomes worse over months or even years. There are contributing factors that will speed up the loss of control. For example, the amount of alcohol consumed, the purity level of alcohol, frequency along with patterns of drinking will all contribute to an increased loss of control and adverse consequences.

Dependence, Reliance, or a Need for Alcohol:

The dependence or need for alcohol can be either psychological or physiological. Psychological dependence or need can be described as a habit or habituation. The ease and comfort from drinking alcohol produce a stimulus or rewarding response when alcohol is consumed, and repeated and prolonged drinking produces a psychological reward. This can keep a person locked into seeking a feeling of pleasure and excitement to continue to use the substance repeatedly.

Physical dependence is a part of the adaption process that an individual who is drinking alcohol will experience, and the body is needing to rely on more alcohol to avoid discomfort experienced from not having enough alcohol in the body system. The discomfort if deprived of alcohol and the inability to quit on one’s own are symptoms, even if no physical needs are apparent.

Physiological Dependence or Need is Addiction to Alcohol:

This can include signs of increased tolerance initially, cell adaptation in the brain, and withdrawal symptoms. The individual may explain that they must physically drink alcohol to function. There is usually a persistent desire, or the individual may become unsuccessful in their efforts to cut down or control their alcohol use at this point. When a person is physically addicted to alcohol, they may spend a great deal of time going to get more alcohol or surrounding themselves in situations where alcohol is present or storing up alcohol so that they don’t run out of alcohol and experience withdrawal symptoms.

There is often a craving, strong desire, or urge to use alcohol, but some individuals may spend a great deal of time trying to physically recover from the effects of alcohol intoxication. There may be situations that arise where the individual will experience failures in attempting to fulfill major role obligations at work, school, or home. Alcohol use can result in problems with social and interpersonal problems because of the effects of the alcohol or intoxication.

Drinking alcohol is ingrained in our American culture, and little is ever discussed with the public on the consequences of excessive drinking in America. The average person is not aware of the drinking problem that millions of Americans experience yearly.

According to the Centers for Disease Control and Prevention (CDC), the cost of excessive alcohol use in the U.S. rose to almost a quarter trillion dollars in 2010. That’s a cost that affects all of the United States, and the number of people that die because of drinking alcohol is on average 88,000 people each year. That is more than the yearly Opioid Crisis that our nation is currently experiencing. The reality is drinking alcohol is involved in many more problems in our society.

There is a certain cross-section of American drinkers who combine the use of alcohol with other drugs, and in many of these cases, the individual becomes addicted to both alcohol and drugs. This is a problem for a large portion of people in the United States. Most people don’t know about resources to help people who become addicted to alcohol. Today some amazing alcohol treatment programs help people become free from their addiction to alcohol.

Summer Sky Treatment Center® located in Stephenville is considered one of the Best Alcohol & Drug Treatment Centers in Dallas, Texas, or Fort Worth Metroplex that provides alcohol treatment to those needing alcohol use disorder treatment. Summer Sky is known as one of the best alcohol detoxification and inpatient alcohol rehab programs in the nation. American Drinkers who develop an addiction to alcohol or other drugs utilize Summer Sky because of their innovative approach to treating men and women who are experiencing problems related to alcohol.

The reality is drinkers don’t believe they will become addicted to alcohol. So, the average drinker is not prepared when they develop alcoholism. For those living in Texas, the cost of excessive usage of alcohol that causes negative impacts on the local cities and the state is estimated to be $18,820,600,000 per year annually. Once a person becomes aware that they are experiencing problems with alcohol, they will need to seek help immediately to avoid alcohol-related consequences.

Some people are resistant to seeking help for their alcohol problems. If you and your family or friends are noticing that someone close to you is struggling with an alcohol-related problem and have been asked to seek help from those around them, then an intervention can be an effective way to help someone get into treatment.

The intervention process is the single best way to motivate a person to get help for their alcohol or drug problems. You can contact Summer Sky at 1-888-857-8857, and our admission specialist can guide you in finding the right professional interventionist to help you or your family with a loved one who is needing alcohol treatment services.

What is an Alcohol Use Disorder?

Most people have heard of alcoholism at some point in their adult life. You may know someone personally who has struggled with a drinking problem. However, you may not know exactly what an alcohol use disorder is and what options are available to help people that suffer from the problem. Below are the Diagnostic and Statistical Manual of Mental Disorders criteria for an alcohol use disorder:

An alcohol use disorder is a problematic pattern of alcohol use leading to clinically significant impairment or distress, as manifested by at least two of the following, occurring within 12 months.

Tolerance, as defined by either of the following:

Withdrawal, as manifested by either of the following:

*The above is not a comprehensive picture of someone with an alcohol use disorder, but it does show you some of the areas that a medical doctor who is making a diagnosis of an alcohol use disorder looks at when they are making their diagnosis. There are severity levels not mentioned above that are ascertained during the assessment process.

Excessive alcohol use is a problem that some people and our society must take an honest look at if we are to reduce the number of people that are killed as a result of alcohol in our country. The reality is that 88,000 deaths a year are not acceptable. We must do more to stop the number of alcohol-related deaths. The single best way to do this is to get people to seek help for their alcohol problems, by encouraging more people to get help. In the United States, there are roughly 15.1 million adults ages 18 and older that meet the criteria for an alcohol use disorder. That number grows every day, and more people need to get help for this problem.

Do you or a loved one need Alcoholism Treatment? 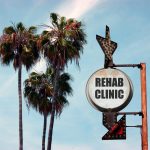