You may not be aware of this, but many people report that once they develop an alcohol use disorder, they notice alcohol cravings begin to be experienced. This was once considered a phenomenon that was difficult to understand or stop for many people who deal with this type of addiction.

It is believed that alcohol cravings are neuroadaptive mechanisms that are created from continuous and prolonged drinking that helps to create the alcohol craving. The alcohol craving phenomenon is one of the leading reasons people find themselves returning to alcohol once they stop drinking.

Alcohol plays a part in changing the individual’s brain-cell function after continuous and prolonged use, so it makes sense that people who develop an alcohol use disorder are the only ones to experience an alcohol craving as the disorder progresses. This can account for why recreational drinkers never experience or report a craving for alcohol.

Multiple researchers have suggested that the craving is an indicator that severe alcohol use disorders or alcoholism are fully operational at this time. Some have expressed that if cravings can be minimized or blocked that more people would not return to drinking after medical detoxification.

Most people that have described their alcohol craving always indicate that there is a powerful urge to drink more alcohol or seek out more of the alcohol once the craving begins. Others have explained it as an intense desire or thought about alcohol that slowly gets stronger with intensity.

Scientist Are Dedicated to Cracking the Craving Code:

The difficulty for researchers is capturing the exact moment the craving is taking place and then looking at the brain through scans can observe. This has been a tedious task and challenging trying to find people to volunteer for the research studies.

The Data collected thus far is staggering and spans over 30 years of research and observation. Pharmaceutical companies have even joined in the research to try developing anti-craving medications for people with alcohol use disorders.

Often, scientists and researchers do happen upon a new piece of the puzzle regarding cravings

and our understanding grows as we get closer to designing better tools and medications to help people with alcohol cravings. Scientists and researchers will not stop until they achieve success in solving this problem.

One thing is certain alcohol treatment centers have developed great ways to help people with the alcohol detoxification process and as individuals become abstinent from their alcohol use then anti-craving medications enter into the treatment process as a new tool.

The newest and most advanced pharmacological approaches are being utilized at Summer Sky Treatment Center® to quickly stop someone who is experiencing a craving while in treatment. This is good news for people with alcohol use disorders.

When an individual begins to reduce or stop their alcohol consumption then cravings are experienced more often so alcohol treatment centers are making it a point to do their best trying to help people with brain health or healing the addicted brain.

Adaptive Changes in the Brain:

The brain stress created by adaptive changes or reduction of the absence of alcohol in the individual body causes the alcohol craving to become front and center as chemical changes in cell activity generate memories of alcohol and the pleasurable effects of the drug.

The brain will then send out chemical messages in the form of a craving for more alcohol to the individual. The brain has become adaptive to the presence of alcohol in the body at this point. Science suggests that the changes in brain function are the result of an imbalance in an individual’s brain activity that creates a craving for more alcohol. 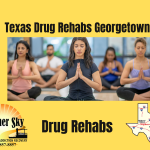 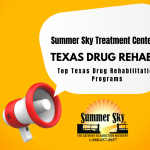