Initially, signs of Adderall abuse can be difficult to recognize. Students and professionals trying to get ahead in life will often turn to Adderall in order to enhance performance. A lot of the time, their addiction is actually mistaken as drive because they seem so motivated to succeed and achieve their goals. While they might not show any obvious signs at first, over time, their behavior begins to change. They might not function physically or mentally as they once did, and patterns of addiction will begin to emerge. In the end, what began as an addiction to achieve a long-anticipated goal slowly becomes the destruction of dreams, and eventually one’s life. Know these 5 signs of Adderall abuse so that you can recognize the symptoms when you see them.

Adderall is a harmful substance in that it excessively stimulates the brain to cause extreme alertness, energy, wakefulness. Those taking Adderall do so in order to be able to function at higher levels of energy for longer periods of time. This is known as hyperfocus. However, because of this, Adderall users can go for days without sleeping and then suddenly crash for hours upon end. Insomnia is a common side effect for those who habitually take Adderall. More and more dependency upon Adderall can lead to shirking other important responsibilities. They might become secretive, stop taking care of themselves (showering, changing clothes, etc.), spend less time with family, or obsessively talk about Adderall as a positive thing in their life. Things seem fine initially, but as behaviors change, the destruction begins. Don’t let this happen to you or someone you love. Consider a 30-day drug treatment facility for Adderall abuse.

Another sure sign of Adderall abuse is doing whatever it takes to obtain the medication. Visiting several doctors over time pretending to have ADHD to try to secure prescription is known as doctor shopping and is a sure sign of drug abuse. Also, filling prescriptions at different pharmacies so as not to arouse the suspicions of others is also a tell-tale sign of drug dependency. If going to a doctor to get a prescription is out of the question, Adderall abusers could outright ask other with the medication to give them some, or even resort to stealing the medication to get a fix. If someone you love is exhibiting any of these patterns or behaviors, visit with a rehab center to find out more information about next steps.

Physically, Adderall abusers will show signs of dependency over time because Adderall is an amphetamine that can change one’s physical appearance. For instance, abusers could have increased temperature, blood pressure, or breathing rates. These types of physical changes might only be recognized by a doctor, but other physical changes are obvious to outside observers. Signs of Adderall abuse include jitters, headaches, loss of appetite, weight loss, dizziness, vision problems, excessive sweating, or skin problems, among other issues. Adderall doesn’t have to be taken by mouth, so for those who have resorted to snorting it, smoking it, inserting it into veins with a needle, you could see nose bleeds, increased coughing spells, or evidence of needle injections in the form of track marks on the arms.

It’s not just physical changes that will be apparent. Mental changes are also noticeable in Adderall abusers. Increased anger, aggression, depression, anxiety, hallucinations, and irritability are just a few of the mental changes that may occur. Noticing both physical and mental changes can be dangerous and lead to an overdose. Consider rehab before the worst happens. Overdosing on Adderall is a serious health problem that leads to panic, seizures, or even comas. Seek help before things get out of hand.

Other Signs of Drug Use

Other obvious signs of drug use are noticeable to those who know what to look for. Someone who exhibits signs of cravings will show it in how they act. For instance, going through medications faster than the recommended dose suggests is a sign of addiction. If you find pills in strange packaging, such as baggies, plastic wrap, or just loosely floating about in purses or pants pockets, this could be a sign that Adderall was obtained illegally due to substance abuse issues. Because Adderall can be taken in other ways besides orally, be on the lookout for strange objects such as cut off straws or other hollow objects used for snorting or syringes in the trash that were used for injecting. Not only can Adderall addiction lead to problems, but other forms of taking Adderall can also cause health issues such as lung cancer from smoking or HIV/AIDS from needle sharing. Be aware of the signs of Adderall abuse so that you can seek help from professionals at 30-day rehab centers. It just might be what saves your life or the life of a loved one.

How Worried Should We Be About Benzos?Uncategorized 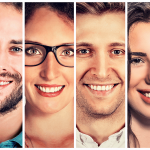